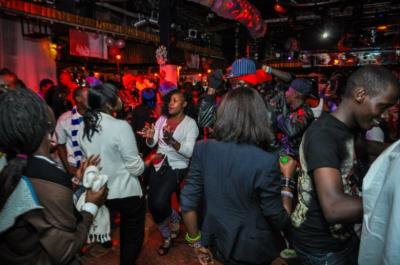 Police officers had on Friday night in Nairobi, following stringent health measures laid out by President Uhuru Kenyatta last Wednesday, sealed off several entertainment spots in Langata, Kilimani and Mombasa Road and arrested scores who were found in such premises after 9pm.

Bars, restaurants as well as hotels and eateries in Utawala, Kiambu Road, Ngong’ Road and Thika Road were all affected.

Fun-lovers at the popular Club 1824 on Langata road said they were shocked when more than six police cars paraded right at the entrance minutes before 9pm. A few minutes after 10pm, the armed officers started commanding everyone inside the premises to board their vehicles and arrested those who ran to their cars seeking to escape.

“I left Club 1824 at 8.30pm when I got wind from a friend that things would turn nasty after 9pm. Guys there were having fun and I can tell you that it was hard for the management of the club to ensure that everyone left before 9pm. It was a big nightmare to those who were arrested,” said John Gitau, a South C resident.

At the popular NextGen Mall on Mombasa Road, by 8.30pm, police patrol cars were already stationed at the mall’s main entrance.

No one was being allowed entrance even to the supermarket and eateries and even the mall that houses Club Blend, Level 7, Zipang and Golden Ice was dead-silent at 9pm.

Making his address on Wednesday, the President warned that hotels, bars and restaurants found flouting the new closure regulations will be inviting stern action.

He further directed bar operators to work closely with the Ministry of Health in ensuring that Covid-19 health protocols are put in place.

"All bars, restaurants, and other establishments open to the public must now close by 9pm,” he said.

"Those who fail will have their establishments immediately shut down."

As fun lovers shun entertainment events out of fear of arrest, event organisers have suffered immense losses out of investments they had made ahead of organised weekend concerts and other social events.

The NaiFest, one of the major social events that was lined up for this month attracted few revellers.

Headlines (Kenya):
Read our other news items below...

Bring all the soldiers and policemen to arrest me in my house - Activist Sunday Igboho dares Governo...
Read More...