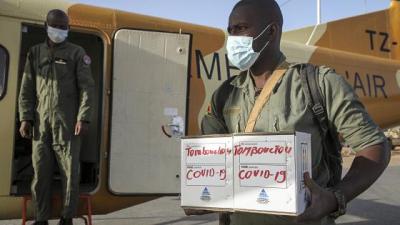 Mali's government says it has chosen to use the AstraZeneca COVID-19 vaccine in its plan to initially immunise 4.2 million people by the start of April.

Fanta Siby, the country’s Health minister on Friday said that the vaccination would first target medical staff, the elderly and those with comorbidities.

According to him, the vaccines unlike some others, do not need to be stored at ultra-cold temperatures and would arrive in the country at the end of March.

The council of ministers on Thursday in a statement released on social networks said it wanted to buy more than 8.4 million doses of the COVID vaccines which would cost more than $58m.

It however explained the funds would be sought with assistance from the financial contribution of the Global Alliance for Vaccines and Immunization and the World Bank.

The World Health Organization and the Global Alliance for Vaccines and Immunization (Gavi) have set up the Covax mechanism to distribute doses to disadvantaged countries. WHO hopes to send the first vaccines at the end of January or in February.

The West African nation with a population of about 18.5 million has recorded so far over 7, 000 Covid-19 cases, including 320 deaths.

Headlines (Mali):
Read our other news items below...