Nigeria   ::   News
o95TMp6FTndLPldcUy0FEVFppw0mQONX
EPL: Wenger names Saka, others as players that are future of Arsenal
Feb 22, 2021
By: Abara Bleesing Oluchi 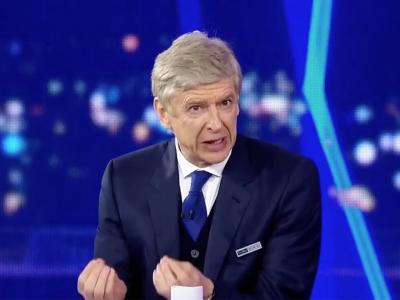 Bukayo Saka, Emile Smith Rowe and Gabriel Martinelli have been named the legendary Arsenal manager, Arsene Wenger as the three players at the club that fill him with hope for the future.

The arsenal manager, who named these players, spent over two decades in charge of the club and oversaw the developments of many young players during that time.

But after leaving in 2018, Arsenal’s academy has continued to produce stars and Wenger has high hopes for the current crop.

Saka and Smith Rowe have become key players under Mikel Arteta this season.

And Gabriel Martinelli, though not strictly an academy graduate, has impressed when he has had a chance.

“They [Smith Rowe and Saka] already were there when I was there a few years ago.

“We always had a good youth system, with good young players. It’s good to see that they come out.

“We just spoke about injuries and touch wood that these players [don’t get long-term injuries]. It’s a sensitive part between [the ages of] 20-22 once they get game after game to see if their body can adapt and cope with it.

“Lets hope. They look to me to have top quality and as well a good mentality so I am quite optimistic for them,” Wenger said.

Be a professional video editor, photographer, others...
Read More...