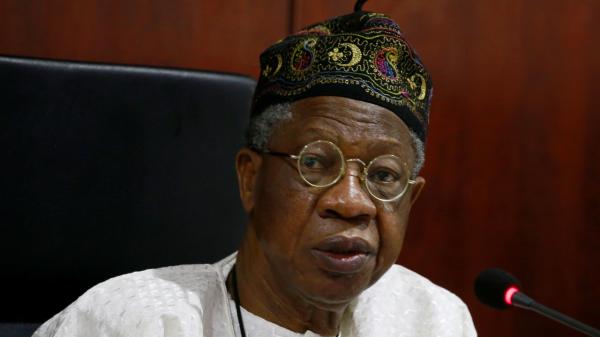 Lai Mohammed, minister of information and culture, says it is the wrong time to remove the costly petrol subsidy.

Subsidy or under-recovery is the underpriced sales of premium motor spirit (PMS), better known as petrol.

He added that many other countries had introduced measures to help citizens cope with high oil energy prices due to the Russia-Ukraine war.

“When you consider the chaos, the social disharmony and… instability such an action (of abolishing subsidies) would facilitate, is it worth it? I don’t think so,” Mohammed said.

Among other issues, petrol subsidy payments have dwindled revenue accrued to states, with the Nigerian National Petroleum Company (NNPC) making zero remittances to the federation account.

In the last five months, NNPC has expended N1.27 trillion on petrol subsidy — about 31 percent of the N4 trillion provision for the year.

Zainab Ahmed, minister of finance, budget and national planning, had said petrol subsidy was “hurting the nation” and limiting the federal government’s ability to service debt.

The International Monetary Fund and the World Bank had also raised concerns about Nigeria’s petrol subsidy.

On the pipeline vandalism, Mohammed said the new petroleum industry law that allocates money to oil-producing communities would stop attacks, blaming the European Union’s climate change policies for stifling investment in the sector.

“We believe that climate change is real and important for emission control, but there is a bit of double standard in the EU policy regarding climate change,” he said.

The Nigerian Upstream Petroleum Regulatory Commission (NUPRC) had said the country lost $1 billion to oil theft in the first quarter of 2022.