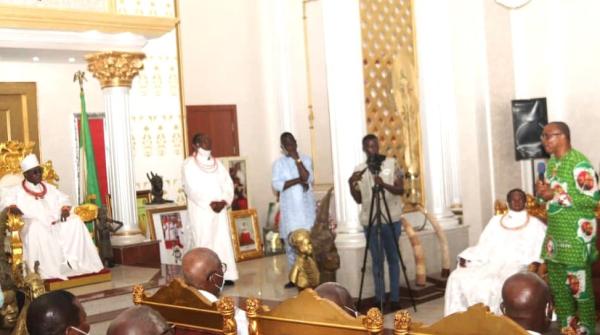 The revered monarch, who told Obi that his reputation preceded him, said there were temptations in the presidency.

Oba Ewuare spoke when he received Obi and his running mate, Yusuf Baba-Ahmed, in his palace, NAN reports.

Noting that it is believed that Obi was only popular on social media, the king said his findings showed the support spread across .

The traditional ruler added that the Benin throne had been apolitical from time immemorial and would remain that way.

At the Baptist Convention Ground, Obi told supporters he was ready to rebuild the country.

The former Anambra governor said if elected President, Nigerians would no longer go to bed hungry.

“It’s about you (the youths). With you, we will take back this country.

“We will stop people from looting the nation’s treasury. Labour Party will stop nepotism”, he promised.