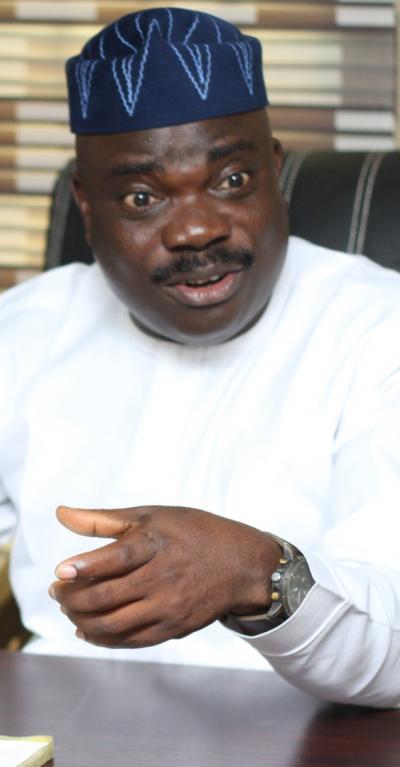 The President, Association of Community Pharmacist of Nigeria (ACPN), Pharm. (Dr.) Samuel O. Adekola has described the administration of the former Governor of Ondo State, Dr. Olusegun Mimiko as the less perfored governor the state has ever produced.

He made this statement in an exclusive interview with CEOAFRICA in Lagos where he described the former Governor as non-communicative. “The problem I had with Dr. Mimiko was the issue of communication. You write letter to him but he won’t reply,” he said.

According to the ACPN President, the former governor enjoyed several privileges, adding that no other governor has ever enjoyed such in the state. “The goodwill Governor Mimiko enjoyed was a privilege that was given to him by the good people of Ondo State, which as it stands, no governor ever enjoyed”, he stated.

Speaking further, Pharm. (Dr.) Adekola, who hails from Ondo State mentioned that he is a critical stakeholder in the leadership, governance, services and welfare of the people of Ondo state and to this extent, he has been following the events, happenings, discussions and the trading of words in Ondo state. He mentioned working closely with the state government under former Governor Olusegun Agagu.

Dr. Samuel ascribed the administration of former Governor Olusegun Agagu as progressive. He described him as a man of service who had the people of Ondo state at heart.

As 2020 Ondo state gubernatorial election approaches, the former Governor, Dr. Olusegun Mimiko has since been campaigning against the present government as non-progressive, he explains. However, the Pharmacist is displeased with the allegations of the former governor.

On the economy of the state, the ACPN President condemned the statement of Dr. Olusegun Mimiko which he made recently that Akeredolu is not progressive, implying that he has not continued the programs he left behind. However, Pharm. Adekola emphasizes that Governor Rotimi Akeredolu(SAN) cannot adhere to them because they were failed projects. He reiterates that the policy of categorization in the health sector which Dr. Mimiko introduced, was a failed project. Some of these failed projects include the non-payment of workers in the state, the non-transparent Abiye project (Mother and child project) which he referred to as the former governor’s strategy of robbing the private sector to pay the public sector, an agenda Dr. Mimiko used to boost his image in the eyes of the people. To be specific very many of my colleagues pharmacists who were medical representatives in Ondo during the Mimiko’s era lost their jobs as a result of Mimiko’s failure to pay for medicines and other pharmaceuticals supply to the Mother and Child hospitals in the state, debts over 250million naira were owed to different pharmaceutical companies in Ondo State since 2013.

As a former Ondo-State Chairman of the Association of Professional Bodies of Nigeria (APBN) during Dr. Mimiko’s era, I was privileged to know very many professionals particularly those in the build and works environment that rendered professional services to the State and were denied of their payments despite several entreats. In short Dr. Olusegun Mimiko killed the Ondo State middle class economically.

He also stated that Dr. Mimiko being a brilliant politician was not a good governor. He believed that the goodwill he enjoyed would have positioned him as “Tinubu of Ondo state” but he did not maximize it while he was governor. He commended Rotimi Akeredolu (SAN) as performing  Governor for Ondo State with reference to achievement and responsibility to the people of the state, adding that Governor Akeredolu is not as good as Dr. Mimiko in terms of politics, but good in governance.

No warehouse in Ogun was looted, stop tarnishing the image of governors- Gov. Abiodun...
Read More...