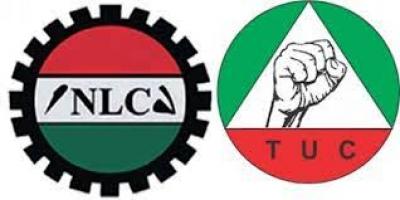 The Federal Government will on Thursday meet again with the Nigeria Labour Congress and Trade Union Congress on the threat by the organised labour to proceed on an indefinite strike and protest over the hike in electricity tariffs and fuel pump price.

The FG is expected to unfold its palliative plans during the meeting which would hold at the Banquet hall, Presidential Villa, Abuja.

The Deputy Director, Press and Public Relations, Federal Ministry of Labour and Employment, Charles Akpan, revealed the meeting date in an email on Wednesday which reads: “The Honourable Minister of Labour and Employment, Dr Chris Ngige will be hosting a meeting with the Organised Labour. The meeting is scheduled for Thursday, September 24, 2020, and the venue is the Banquet hall, Presidential Villa, by 3pm.”

Recall that the FG and the unions had met on Tuesday but the dialogue ended in a gridlock following the failure of the government to reverse the price increase or offer palliatives to lessen the effects on the workers.

The NLC and TUC afterward declared strike and protest scheduled to commence from Tuesday with both unions agreeing to collaborate to execute the industrial action for maximum effect.

After the meeting in Abuja on Tuesday, the National Executive Council of the NLC comprising the chairpersons of the 36 states and the Federal Capital Territory approved the decision earlier taken by the Central Working Committee (CWC) of the Congress on the strike last Wednesday.

The CWC had handed down a two-week ultimatum to the FG to reverse the price increase or face industrial action, while the TUC had also mobilized its associate members to participate in the proposed civil disobedience.