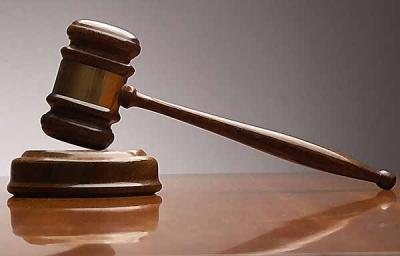 A Mapo Customary Court in Ibadan, on Friday dissolved an 18-month-old marriage between an artisan, Musibau Alimi and his wife, Bolaji, because she beats him and has threatened to cause him harm.

The President of the court, Chief Ademola Odunade while delivering judgment said the marriage was dissolved in order for the couple not to resort to ”self-help”.

Consequently, Odunade dissolved the union and granted custody of the only child to Bolaji.

He ordered Alimi to pay N5,000 as the child’s monthly upkeep.

Earlier, Alimi, a tiller told the court to dissolve the union because Bolaji beats him.

“Bolaji starts trouble by nagging for no particular reason and also spent most times in her mother’s company.

“She returns home in the night to beat me. In fact, I packed out of my own house when Bolaji’s threat to my life became too much to bear,” Musibau said.

Bolaji, who did not deny her husband’s allegations, told the court that her husband was an irresponsible man because he had never cared about her welfare.

“Musibau has never being a caring partner because he comes home anytime he feels and sometimes abandon home for three days.

“My mother paid for all my antenatal requirements when I was pregnant.

“I only pray the court to compel my husband to be responsible for our child’s welfare,” Bolaji said.