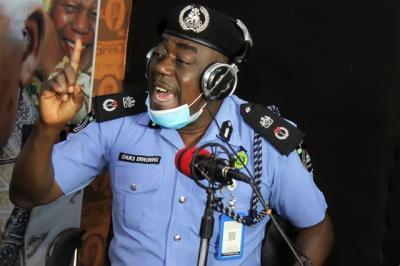 In his effort towards making the Nigeria Police Force, Oyo State Command a place where inter-phasing with members of the public in real time is achievable and prompt response to security challenges raised as a point of concern on the internet is attainable, the state Commissioner of Police, CP. Joe Nwachukwu Enwonwu has directed that the Command’s Police Public Relations Officer (PPRO), Fadeyi Olugbenga        to create/reactivate its social media platforms.

This was disclosed in release which was signed by the command’s PPRO, Fadeyi Olugbenga and was made available to CEOAFRICA.

In the release, the CP said that the aim is to enhance the activities of the Oyo State Police Command towards human and material resources deployment for further effective crime fighting

He equally stated that the social media handles will serve as truth checker for members of the public as regarding security matters arising within the state. It will also serve as a fake news alert mechanism as false news intentionally released by mischief makers to create panic will be immediately addressed and debunked when necessary.

The Commissioner of Police also reiterates on the trend of the day, the circulation of fake news and strongly warns members of the public to desist from such.

CP Enwonwu encouraged the good citizens of the State not to slack in their civic obligations to the Police which are the provision of timely, complete and credible information to the Police through the provided platforms or the Police formation closest to them.

He however advised the good people of Oyo state to neither partake in crime nor harbor offenders as he enjoins them to report any suspected actions or inactions of any individual or group to the above platforms or the Police formation closest to them.