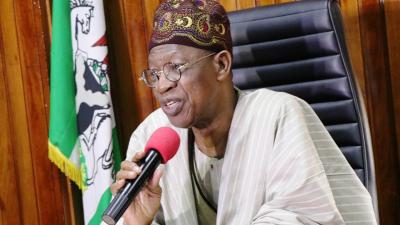 The Federal Ministry of Information and Culture has budgeted N250m for engagements with foreign media, influencers, bloggers, local media practitioners and public relations in 2021.

This is according to the 2021 budget proposal which is before the National Assembly.

As stated in the proposal, N79.2m will be spent on “quarterly interaction with foreign media and PR lobby”.

About N70.3m was also earmarked for the facilitation of ministerial media appearances for the “36 ministers, influencers and analysts on radio and television as well as social media and print media.”

The ministry also set aside N94.4m for institutional interactions with stakeholders such as Nigeria Union of Journalists, Nigeria Guild of Editors, bloggers, online publishers and weekly ministerial briefings.

Meanwhile, the ministry also earmarked N168m for touring infrastructural projects to “showcase the achievements of the Federal Government” while N75m was set aside for an opinion poll.

The ministry has also set aside N97m for the production of calendars.

Biden appoints Nigerian-American woman, others in his team...
Read More...

JUST IN: Sowore, others under detention...
Read More...