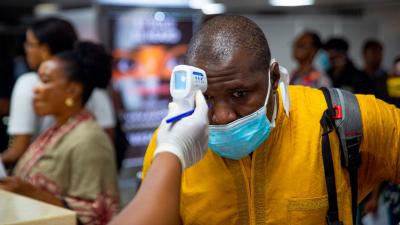 According to the country’s Health Ministe,  Zweli Mkhize, South Africa has breached the 1 million mark, adding that in the past 24-hour period, there were 9,502 new confirmed cases and 214 deaths, bringing the death toll to 26,735. The country has tested over 6 million people in the public and private sectors.

From Wednesday to Friday, South Africa reported more than 14, 000 daily cases, setting a new daily record for three consecutive days as residents have breached the restrictions during the Christmas holidays.

Many countries and regions, including the UK, France, Germany, Saudi Arabia, Sudan and Switzerland, have imposed travel bans to and from South Africa after a new variant of the coronavirus was discovered in the country.

The country's economy was hit hard by the second wave. According to Statistics South Africa, the GDP in the third quarter this year increased 13.5 percent from that of the second quarter, as the COVID-19 waned. Businesses were ready to resume especially in the tourism industry and mining industry. However, the new virus variant has held up the economy.

President Cyril Ramaphosa promised that about 5 million residents or 10 percent of the total population, will be vaccinated in the first half of 2021.