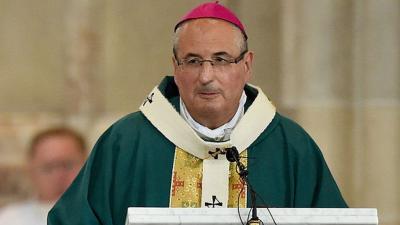 The Archbishop of Glasgow, the Most Reverend Philip Tartaglia, has died suddenly at his home in the city.

Archbishop Tartaglia had tested positive for Covid-19 shortly after Christmas and was self-isolating.

The Catholic Church said the cause of his death was not yet clear.

He was ordained a priest in 1975 and had served as leader of Scotland's largest Catholic community since 2012.

A statement from the Archdiocese of Glasgow said: "It is with the greatest sorrow that we announce the death of our Archbishop.

"The Pope's Ambassador to Great Britain, Archbishop Claudio Gugerotti, has been informed.

"It will be for Pope Francis to appoint a new Archbishop to succeed Archbishop Tartaglia, but until then the Archdiocese will be overseen by an administrator."