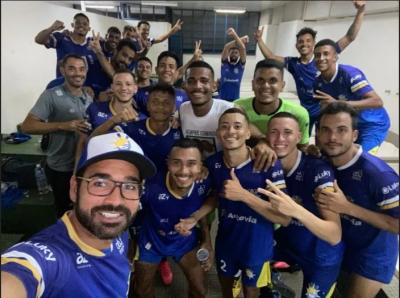 The president of the Brazilian fourth-tier men’s club Palmas Futebol e Regatas, Lucas Meira together with four footballers of the same club have died in a plane crash.

The pilot also died in the accident shortly after take-off on Sunday in the central Brazilian state of Toncantin, the club announced.

The deceased were on their way to the city of Goiania, where Palmas were due to play a match in a regional cup competition on Monday.

The development led to the match being postponed indefinitely, according to the Brazilian football association.

Victims were remembered with a minute’s silence in every match in Brazil on Sunday.

“Football extends its deepest sympathies to the victims and their families at this difficult time”.

CEOAFRICA recalled that in November 2016, a plane belonging to Brazilian football team Chapecoense crashed on its way to Medellin for the Copa Sudamericana final first leg in Colombia.

Seventy-one people were killed, including almost all the players as well as crew, coaches and journalists travelling with the team.

The Colombian aviation authority later identified a lack of fuel as the cause of the tragedy.