Nigeria   ::   News
o95TMp6FTndLPldcUy0FEVFppw0mQONX
Back to sender to those that call me stroke patient -Femi Adesina
Feb 26, 2021
Source: CEOAfrica News: Reported by- Prince Lawrence 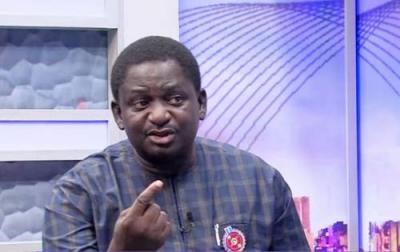 Femi Adesina, the Special Adviser on Media and Publicity to President Muhammadu Buhari, has said he is not a stroke person as some people call him on social media recently.

The presidential spokesman, in a statement he released on Friday titled ‘My $1.9 Billion In Minnesota Bank’,  explained how  some people love evil reports about those serving in government, and how some sect of people had doctored one of his pictures that described him as a ‘stroke patient.

He said “People love evil reports, particularly about those serving in government. Have we got so bad as a people, that we can’t have genuine, patriotic service again? Quite baffling.

“This leads me to a lie peddled about me from the pit of hell in the past fortnight. I had travelled to Umuahia, in Abia State, to deliver a paper at the Social Media Converge organized by the state government. At the Abuja airport, I had met former Aviation Minister, Chief Femi Fani-Kayode, and we greeted pleasantly, as we always do. As we spoke, the former Minister’s aide took our photograph with his phone, which was later posted online.

“The camera angle was a bit awkward. My clothe seemed too baggy than it was, and my hand appeared twisted in the seemingly oversized sleeves.

“And what next? Some people subjected my arm and legs to photoshop, twisting them further, making me appear as a stroke patient. Father forgive them, for they know not what they do.

“Those who know me would testify that I like a good laugh. I laughed till my ribs ached, and I put my two feet up in the air. They were having a baleful ball, while I was having the time of my life. Life and health belong to God. And He has not denied me of that grace. Why then do the heathens rage and the people imagine vain things? Let them continue to wail, and we will continue to laugh, and say; ‘back to sender.’”

AstraZeneca: Botswana says only those aged over 75 will get vaccine, gives reason...
Read More...

Paul Okoye advises those that mock Nigerians who speak English with their accent...
Read More...

Insecurity in Nigeria suggests those in government don’t know what to do -CAN...
Read More...

“I have paid salaries of every genuine worker, those complaining are fraudsters” Uzodimma says...
Read More...