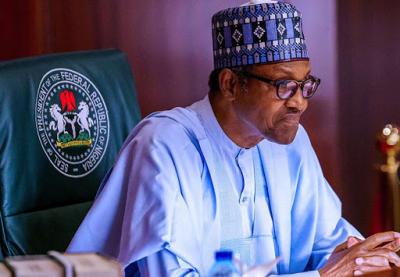 The Youth Wing Christian Association of Nigeria (YOWICAN) has raised concerns over the spate of insecurity in the country, saying that Nigerians may be forced to defend themselves by carrying weapons to churches, mosques and wherever they find themselves.

The National Chairman of the association, Belusochukwu Enwere, raised the concerns in his speech titled: ‘Kidnapped RCCG members: Nigeria on the march to Golgotha‘, delivered at the just-concluded leadership retreat held in Abuja, and obtained by journalists on Sunday.

Enwere, while reacting to the kidnapping of a bus filled with Christians from the Redeemed Christian Church of God, Kaduna Province 1 who were said to be going for a prayer work to Kafanchan, challenged President Muhammadu Buhari’s government and the security agencies to act now or never.

He added that the protection of lives and properties of the common man is their primary responsibility.

He said, “We challenge the government, we challenge the security agencies to act now or never. The protection of lives and properties of the common man is their primary responsibility.

“This anti-human behaviour cannot be corrected by mere condemnation by government on the pages of Newspapers. No responsible government will just sit or stand akimbo and watch the country slide in to anarchy.

“Buhari’s government and security agencies should sit up. If the situation does not improve, YOWICAN fears that self defence may be inevitable as Nigerian citizens may be forced to arm themselves in churches, mosques, while travelling and in some holy places.

“Our hearts bleeds that a busload of Christians from RCCG from Kaduna Province 1 going for a prayer work to Kafanchan was abducted on their way. The incident of kidnapping is a case too many and has left bitter tastes in our mouths.

“This has become a norm in our society where humans, on daily basis, could be whisked away by gunmen. As youths, we are disappointed that victims could be left with correspondence from the government without further actions. Nigeria is on its way to Golgotha and only divine intervention can stop it.

“We must not forget in a hurry, John F. Kennedy who, in 1962, said that, ‘Those who make peaceful revolution impossible will make violent revolution inevitable.’

“The government must rise now and take responsibility of the security challenges going on in the country. How could citizens be taken away just like that without a trace?

“For some time now, kidnapping has become the new trend in our society. Our students in Kastina, Zamfara, Niger, Kaduna and other parts of the country were kidnapped, and now abduction of church members. This is disheartening indeed.”