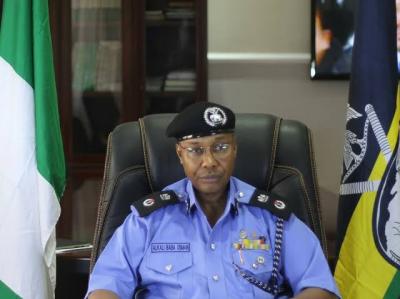 Alkali Baba was born in Giedam, Yobe State on 1st of March 1963

He bagged a BA (ED) in Political Science from Bayero University, Kano, in 1985

He has a Master’s Degree in Public Administration (MPA) from University of Maiduguri, in 1997

He’s a fellow of the National Defence College and a member of the International Association of Chiefs of Police.

The Yobe born Police Officer has held several strategic positions in the past including:  DIG Force CID and was also the Force Secretary at the Force Headquarters, Abuja. Assistant Inspector-General of Police in-charge of Zone-5 Benin, Zone-4 Makurdi, Zone-7 Abuja, Commissioner of Police FCT and Delta Command.

He is one of the police officers that served with human face.

He is a family man.

Wailers should prepare to wail till 2023 as nothing will stop Buhari from his medical trip –Aide...
Read More...

CAN to Buhari: Tackle insecurity, stop complaining about past leaders’ failure...
Read More...

Chioma and Davido Relationship: “Woman pray God should not give her children that don't have sense...
Read More...