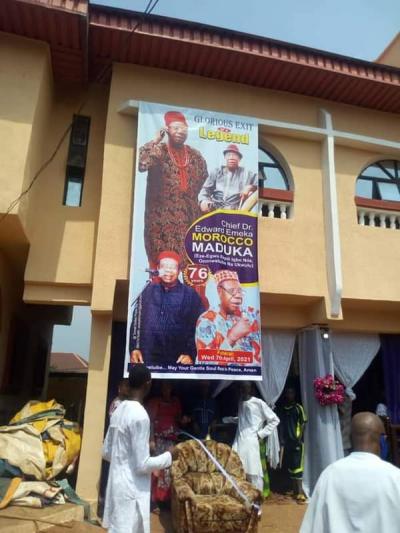 Nigeria-Thursday 8 April,2021: It was a sad moment as friends and well wishers gathered to say their final goodbye to a Legendary Nigerian musician, Morocco Maduka as he takes his final bow.

His songs focused on moralistic, philosophical and numerous issues that faced the society.

The burial ceremony was attended by the traditional ruler of Ukwulu, Igwe Peter Uyanwa, former Governor of Anambra state Peter Obi, his producer Chief Samuel Nwobu of Sammy Sparkle, Members of Performing Musicians Association of Nigeria from different chapters and a host of other dignitaries.

Female student fights lecturer and tears his shirt for not allowing her to write an exam (video)...
Read More...