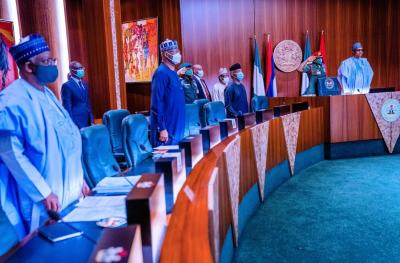 The meeting, which was summoned by Buhari last Friday, was adjourned to today, Tuesday May 4th.

The Meeting, which is presided by the President, has in attendance: Vice President Yemi Osinbajo; Secretary to the Government of the Federation, Boss Mustapha and Chief of Staff to the President, Professor Ibrahim Gambari.