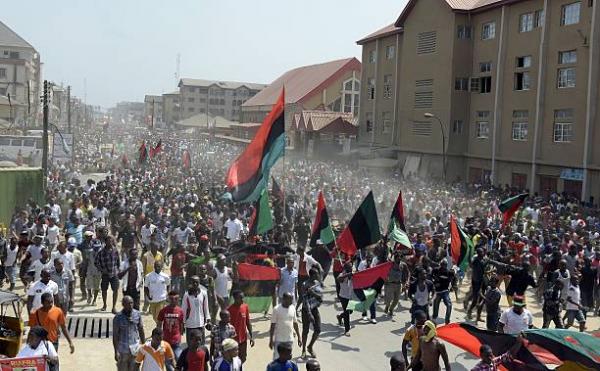 Thursday, 10th June 2021: President Muhammadu Buhari Thursday turned down a question posed to him on Nigeria’s ban of micro blogging platform Twitter but insisted on armed response to the troubles in the South-east.

“I will keep that to myself,” Buhari said about his stance on the Twitter ban, in an exclusive television interview broadcast on Thursday morning.

The federal government recently banned Twitter in Nigeria, a move that followed the tech company’s deletion of a controversial tweet by Buhari. In the deleted tweet, the president warned of armed responses to the insecurity in the South-east and alluded to the country’s Civil War, a comment many reported as abusive and insensitive. Millions of people died during the Civil War; fought to stop an independent Biafra republic.

The Twitter ban has been widely condemned with concerns that it hurts the fundamental right to expression and raises fears Nigeria is slipping into dictatorship.

During the interview, Buhari was asked when the Twitter ban would be lifted. But he declined to comment, saying he would “keep” the answer to himself

He insisted on an armed response to the insecurity in the South-east, where armed militants belonging to the separatist Eastern Security Network formed by the proscribed Indigenous People of Biafra, are blamed for escalating attacks on INEC, security facilities and personnel, and innocent citizens.

“We will organise the police and the army to pursue them,” he said. “We will respond to them in the language they understand, that is what we will do.”