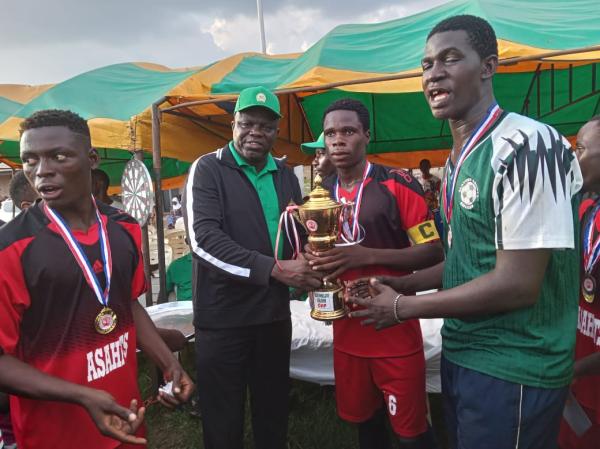 A popular saying has it that “All works and no play, makes jack a doll boy”. So it is with the Federal College of Animal Health and Production Technology (FCAH&PT), Ibadan, as the institution on Wednesday played the grand finale of the Provosts Cup 2022 Competition.

The competition which was between the staff and students of the Institution was held on 11th May, 2022 at the College Bora Campus.

In an interview with CEOAFRICA, the Provost of the Institution, Dr Adekoya Owosibo, said “Provost Cup is an annual event in the Federal College of Animal Health and Production Technology (FCAH&PT), Ibadan.

It is an event that the institutions exposes the students to body activities, and also identify talents within the students”.

Speaking further, the provost noted that FCAH&PT, Ibadan is going to host the “CANGA GAME’ and the game comprises of the colleges of Agriculture in Nigeria.

He noted that the school has been the champion of the game for three years now.

And in order for the school to maintain its position, there is need to identify the talents among the students.

The Provosts Cup 2022 competition ended with the students team going home as the winner of the game. Cups and medals were also presented to the winners.