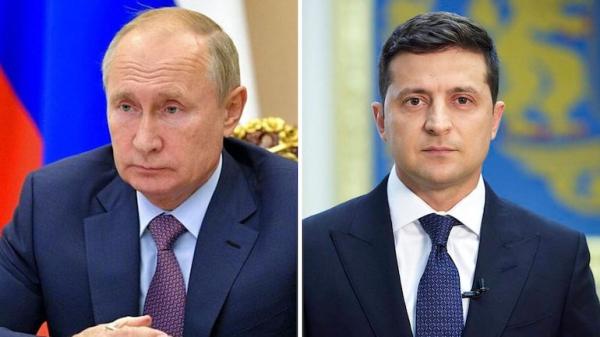 It is not strange to anyone on the third planet, the Earth, that Ukraine and Russia have been at loggerheads for nearly nine months. One of the questions being asked by curious minds remain, “Is the Western World using Ukraine to challenge the powers of Russia?”
Another incident that has triggered such suspicion is the recent revelation by the United Kingdom (UK), that her Prime Minister, Liz Truss, will announce a whooping support of the UK’s government to Ukraine in 2023, in a bid to sail through this hurdle. The report stated that the UK supported Ukraine this year, 2022, with about $2.6 billion and expects to surpass that next year. This is in addition to multiple supports that the humanitarian crisis-plagued country has received from many countries across the globe.
Are those enough to conclude that the war is indeed “a setup”? Everyone knows that when a child is crying, it needs succor from everyone who cares. They do not support because they stand to gain anything but they do so for the sake of humanity. Is this the case with the support being given to Ukraine, well, “time would tell”, surely!
Russia is a permanent member of the United Nations’ Security Council and is saddled with the responsibility of maintaining world peace and stability. Is the country doing that effectively? This, together with many other questions, keeps demanding answers.
24th February, 2022, is a day that many will never forget so soon, following Russia’s full invasion of Ukraine. The two countries had been indirectly involved in what would be referred to as “cold war” for almost eight years. The eight-year rift, though indirect, saw the loss of over a thousand lives, including many children, as reported by various media. It also saw the displacement of over a million, leading to heightened humanitarian crisis.
The problem is traceable to the Donbas region of Eastern Ukraine. The location, that houses Luhansk and Donetsk, was notable for coal and steel mining and manufacturing. The area also shares border with Russia, which suggests that their agitation for sovereignty was fueled by the “big brother”. The two provinces attempted secession, which did not win the approval of the Ukrainian government; thus, leading to years of unrest. This began in April 2014.
In 2015, former Ukrainian president, Viktor Yanukovych had his government terminated in a revolution by Ukrainians, for the battle. He is allegedly a Russian ally; meanwhile, on July 17, 2014, Malaysia Airlines’ Flight 17 was shot down over eastern Ukraine, killing 298 people aboard. It was gathered that the strike which affected the aircraft was from Russia, targeting Ukraine though Russia denied it.
At present, thousands have gone. Millions have been displaced, including foreigners. And it seems the Ukrainians are not giving up. While Ukraine had earlier been accused of joining the North Atlantic Treaty Organisation (NATO), the country has stated that it has not joined though it maintains a good relationship with the NATO and her members. Many of the supports coming to the country in this moment of war have been from members of NATO. In addition, many countries implemented severance of economic ties with Russia, including the European Union.
This step, which has negatively affected her economy, also fuels the suspicion that the West is using Ukraine to attack Russia. It is still not clear whether such rumour is true or not, but one thing is certain, there is a game of interest being played.
The embattled regions of Ukraine are in consideration of moving for a referendum, whether to remain with Ukraine or to join Russia. Furthermore, the statement expected to be made by the British Prime Minister, Truss, shows that the war may not end soon, despite the willingness of some of the opposing sides to consider handing out an olive branch. The UK would not be making plans of supporting them in 2023, if she does not expect the war to linger.
Such assurance also fuels the suspicion of the West fighting Russia, indirectly. Meanwhile, some strikes have hit locations near the nuclear power plant of Ukraine, raising tensions globally. In addition, Russia has also warned that it will not hesitate to deploy its nuclear weapon, if threatened, for the purpose of self defence. However, the president of the United States, Joe Biden, has warned the Russian president, Vladimir Putin, against deploying such.
It is often said that “when two elephants fight the grasses always suffer”. In this “game of thrones”, Russia, the United States of America, Great Britain and other developed countries, as well as the supposed victim, Ukraine, are not the ones to feel the heat of this ongoing threat to world peace, should it escalate. Third world countries will. Thus, the earlier this problem is solved the better for the entire humanity.