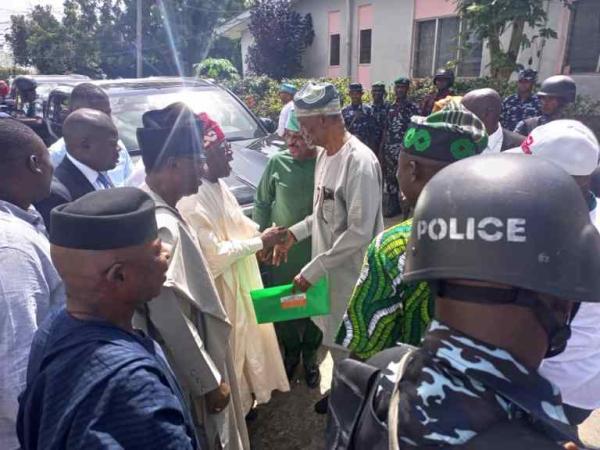 The presidential candidate of the ruling All Progressives Congress, APC, Asiwaju Bola Ahmed Tinubu, has arrived in Akure, Ondo State, as part of his campaigns ahead of the 2023 presidential elections.
Tinubu arrived in the state on Sunday afternoon to meet with the leader of the pan-Yoruba organisation, Afenifere, Pa Reuben Fasoranti in his Akure country home.
It was learnt that the former governor of Lagos state will be presenting his Action Plan on how to reposition the country to the Yoruba Yoruba cultural and political organisation.
The 80-page Action Plan document christened Renewed Hope, was formally launched in Abuja on 21 October by President Muhammadu Buhari.
With the arrival of Tinubu and his entourage, party supporters as well as some residents of the state trooped out to welcome him to the sunshine state.
On the entourage of Tinubu to the state were Chief Bisi Akande, Senator Adeyeye, Senator Iyiola Omisore among others.
Details later....