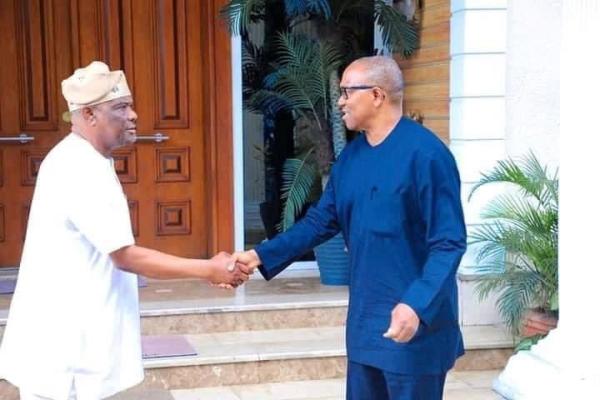 Governor Nyesom Wike of Rivers of State, has revealed that Peter Obi, the Labour Party’s presidential candidate, suffered humiliation when he was still a member of the Peoples Democratic Party, PDP.
The governor made this known on Thursday at the commissioning of the Ikoku flyover by Obi in Rivers State.
CEOAFRICA had earlier reported that Obi joined the Labour Party, LP, shortly before the PDP presidential primaries, alleging that the scheming in the party was against his personal principles.
However, Governor Wike has come out to say that Obi’s defection was justified.
“You were in our party, and I know why you left. Now let me tell you, the humiliation you suffered, I know. Most of you don’t know and nobody could hear what he passed through.
“You could not stay in the party but I will not leave. I will stay there, I will fight the vandals, I will fight the tigers, I will fight the hyenas.
“You of principle you should leave, but me I will not leave this house, I will never allow armed robbers to take over my house. I am going to stay to chase away the armed robbers,” Wike said.