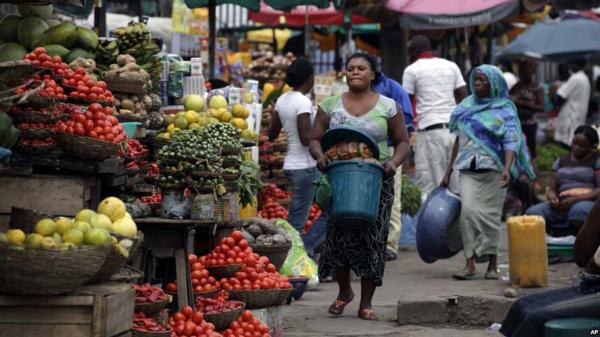 Reactions have continued to trail the worsening situation of food prices across the country as experts called on the federal government to improve agricultural interventions to solve the crisis.

Recall on Wednesday, the National Bureau of Statistics Food Prices Watch Report for October said the prices of beans, rice, tomato, onion, sliced bread, and palm/vegetable oil rose by 2.15 percent; this means that as of October, food prices rose by 2.15 percent.

Reacting to the endemic of food prices increase, a financial inclusion/wealth management expert, Mr Idakolo Gbolade, disclosed that the increasing cost of transportation inversely affected food prices across the country.

He called for improving government agricultural intervention to cut down on food prices in Nigeria.

Also, he advocated that now is the time for Nigerians to take subsistence, basic farming seriously.

He said, “The rise in the cost of food prices from the South is due to transportation cost and logistics charges for food items transported from the North. The high cost can also be attributed to security challenges encountered on the road and weather conditions like flooding, which affected crops and harvest.

“The government should improve its interventions on various agricultural projects across North and South and enhance the security of farm produce being transported.

“Preservation of perishable food items should also be improved upon with various initiatives that would make seasonal food items available all year round instead of being wasted during their season.

“Nigerians should also imbibe the culture of subsistence farming, farming of essential food items in our gardens and available spaces to reduce money spent on food items.
“Nigerians should also explore various storage techniques to ensure that food purchased when they are in season can be kept for a long time.”
Similarly, a don of Accounting and Financial Development at Lead City University, Ibadan, Prof Godwin Oyedokun, urged the federal government to hand incentives to southern states.
“It is expected, if you look at our culture in the southern part of Nigeria, we are very constrained in land mass compared to the Northern region. Most land in the North is used for mass agricultural activities. Cow, goat and meat generally are predominately more in the North also. This presupposed that the South largely depended on the North for food. Forces of demand and supply determine price; if the food that is supposed to move from North to South is hindered by insecurity, bad roads, flooding and others, the quantity that will come to the south part will reduce.
“A lot of people in the South will have to compete for the few foods available, hence the increase of prices in the region. This will make the suppliers of food in the South kings; definitely, the market will respond to this, leading to increased prices in food. The solution is that the available agricultural activities in the South should be enhanced.
“Government needs to give incentive to South states the way it promotes Cattle rearing in the North”, he said