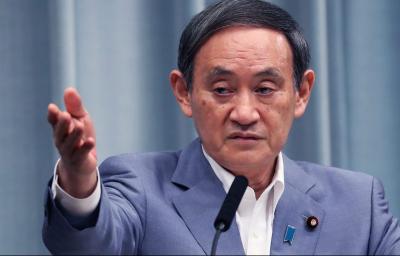 Japan’s parliament has today elected the former chief cabinet secretary, Yoshihide Suga as prime minister, with an expectation that he will stick closely to policies championed by Shinzo Abe during his record-breaking tenure.

He took a deep bow as lawmakers applauded him following the announcement, but he however made no immediate comment.

The lower house speaker, Tadamori Oshima who announced after the votes were counted said,

“According to the results, our house has decided to name Yoshihide Suga prime minister.”

Suga, who on Monday was elected leader of the LDP, is viewed as a continuity candidate and has said his run was inspired by a desire to pursue Abe’s policies.

Abe, who had resigned earlier Wednesday along with his cabinet, is putting an end to his record run in office with a year left in his mandate as he was forced out by a recurrence of ulcerative colitis, a bowel disease that has long plagued him.

Suga has spent decades in politics most recently as chief cabinet secretary, where he was known for pushing government policies through a sometimes intractable bureaucracy.

He has also been the face of the government, tenaciously defending its policies as spokesman, including in sometimes testy exchanges with journalists.

Minister of Communications and Digital Economy to speak at 9th Edition of NIGF Conference...
Read More...