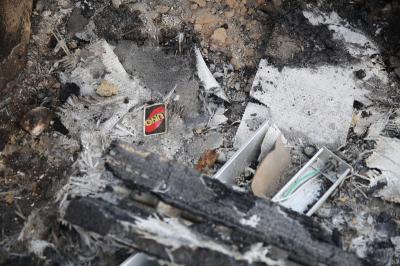 A missile strike has leveled a row of homes in Azerbaijan’s second city of Ganja on Saturday, killing 12 and injuring more than 40 people in their sleep in a sharp escalation of the conflict over the disputed Nagorno-Karabakh region.

The attack, which included a second missile strike in another part of Ganja and a third reach the nearby strategic city of Mingecevir, came hours after Azerbaijani forces shelled the ethnic Armenian separatist region’s capital Stepanakert.

The seeming tit-fot-tat attacks further undermine international efforts to calm a resurgence of fighting between Christian Armenians and Muslim Azerbaijanis before it draws in regional powers Russia and Turkey.

An AFP team in Ganja saw rows of houses turned to rubble by the strike, which shattered the walls and ripped the roofs off buildings in the surrounding streets.

People ran outside in shock and tears, stumbling through dark muddy alleys in their slippers, some wearing bathroom robes and pyjamas.

The attack came only six days after a missile struck another residential part of the city of more than 300,000 people, killing 10 civilians and leaving many on edge.

At the scene of the latest strike, exploding shells rumbled in the distance as rescuers and red helmets used sniffer dogs to search for signs on life.

“We were sleeping. The kids were watching TV,” Rubaba Zhafarova, 65, said in front of her destroyed home.

“All the houses around here are destroyed. Many people are under the rubble. Some are dead, some are wounded.”

Hikmat Hajiyev, an assistant to Azerbaijan President Ilham Aliyev, tweeted that according to “initial information, more than 20 houses were destroyed” on Saturday.

Nagorno-Karabakh’s military said Azerbaijani forces had stepped up their attacks on Friday across the front, shelling Stepanakert and the nearby town of Susi.

The separatists “carried out equivalent operations to stop adversary fire,” they said in a statement released by the Armenian government.

MC Oluomo denies having a part in thugs' attack of protesters...
Read More...