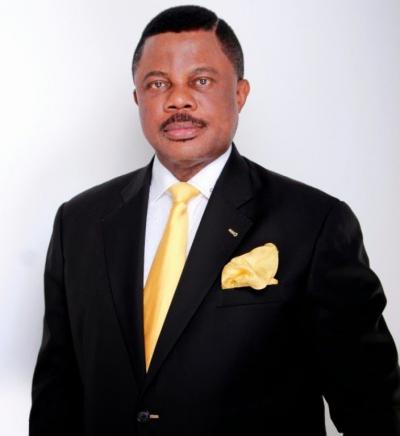 The Anambra State Governor, Willie Obiano, has debunked the claims that the Federal Government is building an airport in the state.

The state Commissioner for Information and Public Enlightenment, C-Don Adinuba, in a statement on Tuesday, said the state government decided to dispel the claim “for purposes of historical accuracy.”

The statement partly read, “Anambra State Government officials have since early this morning (Tuesday) been inundated with inquiries by Nigerians throughout the country and beyond about a supposed claim by the Minister of Aviation, Hadi Sirika, before the Senate Committee on Aviation yesterday (on Monday) that the Federal Government is building 10 airports in the country, including in Anambra State.

“Much as we are convinced that the minister was misrepresented in the news item, we consider it imperative to state certain key facts about ongoing airport development in the state for purposes of historical accuracy.

“The Federal Government is not building any airport in Anambra State, even though it appreciates the need for an airport in the state given the huge population and the universally acknowledged dynamism of the people who constantly travel around the world.

“Anambra International Cargo and Passenger Airport at Umueri in Anambra East Local Government Area is being developed solely by the Anambra State Government.

“On October 5, 2020, Governor Willie Obiano, after a meeting with President Muhammadu Buhari at the State House in Abuja, visited Minister Sirika where they discussed progress on the airport.”