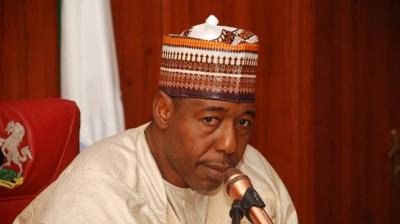 Borno State Governor, Babagana Umara Zulum has given the approval for the employment of 40 medical doctors as an addition to his previous approvals to meet the state’s increasing population health care needs.

Zulum announced the approval for 40 doctors after his Tuesday’s meeting with the chief executives of seven public hospitals and related institutions located in Maiduguri Metropolitan Council and Jere Local Government Area.

It was said that decision was made four months after the Governor had approved the recruitment of 594 health workers, among them, 86 medical doctors, 365 nurses and midwives, 45 pharmacists and 100 health technicians and other support staff.

It was disclosed that the state Governor’s meeting with the health practitioners focused on improving health care system and ensuring effective, efficient and qualitative service delivery to the citizens in accordance with the policy thrust of the Zulum led administration

Governor Zulum, after the meeting, assessed a Specialist hospital and directed the construction of additional wards to decongest the already overcrowded facility.

He also inspected a land acquired by Borno State Government, located opposite the Specialist hospital, which will be used for the expansion of the hospital.

Bring all the soldiers and policemen to arrest me in my house - Activist Sunday Igboho dares Governo...
Read More...