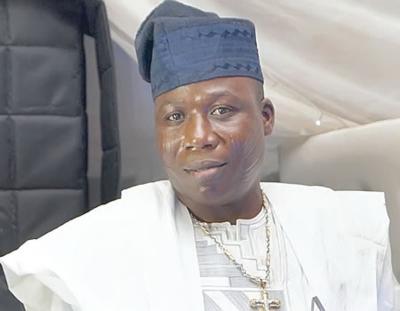 Yoruba rights Activist, Sunday Adeyemo is popularly known as Sunday Igboho, has said he is not intimidated by the threat of arrest.

Igboho had asked herdsmen in Igangan, Ibarapa North Local Government Area of Oyo to leave within seven days following reports of the killing of some indigenes.

He had blamed herders and Fulanis, especially the Seriki Fulani, Saliu Kadri, for rising insecurity in the area.

In a viral video, which surfaced Sunday afternoon, Igboho who spoke in Yoruba language expressed appreciation to prominent Yoruba leaders, especially traditional leaders for speaking up at this critical moment.

“They (herders) cannot chase us away from our land. Our eyes are opened, unless they want to kill us.”

He admonished his supporters not to insult or ridicule Yoruba elders.

“Don’t ridicule or abuse our leaders in the southwest, I swear with the gods of our land, they are also angry with the current situation and they are now speaking up.

“You can see the way all the Yorubas and other prominent southwest leaders rose up in unison to say that you must not arrest Igboho.

“It is quite sad that we are being maltreated, killed and our sisters/daughters get raped by killer herdsmen, we can’t go to farm or stream to carry out different activities. Enough is enough.”

Nigerians react over another trending video of LAUTECH lecturer caught having sex with student...
Read More...