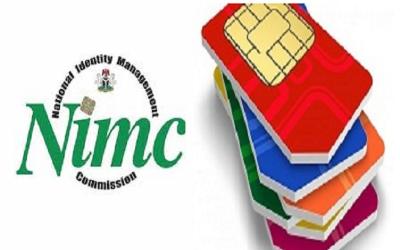 The spokesperson of the National Identity Management Commission (NIMC), Kayode Adegoke disclosed this in a statement released on Friday in Abuja.

This was followed after participants at the meeting of the Ministerial Task Force on NIN-SIM data linkage agreed to have an extension of the process.

It was stated that “The meeting took place on Thursday, April 1, 2021, and approval was given to extend the period of the NIN-SIM linkage to the 6th of May, 2021.

“The request for the extension was presented to President Muhammadu Buhari and he endorsed it.”

The meeting which was chaired by the Minister of Communications and Digital Economy, Isa Pantami, had the presence of stakeholders in NIMC, Nigerian Communications Commission, National Information Technology Development Agency, Economic and Financial Crimes Commission, Nigeria Immigration Service and the Association of Licensed Telecommunications Operators of Nigeria, as well as managing directors of MTN, Airtel, EMTS (9Mobile), NTEL, Spectranet and SMILE, and the chief operating officer of Glo.

The statement added that based on the updates of the NIN registration process, over 51 million people had been assigned NINs.

“There are many people who have enrolled and are in the process of being assigned NINs.

It said the current number of monthly enrollments had increased significantly to about 2.6 million registrations.

“There has also been a remarkable increase in the number of enrolment centres across the country with about 3,800 centres available for enrolments,” it stated.