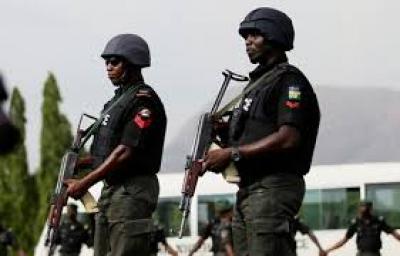 This is disclosed on Thursday in a press release signed by the state Police Public Relations Officer, SP Opalola Olawoyin, mnipr, on behalf of the Command Commissioner of Police, Olawale Olokode.

The PPRO stated that the Chinese miners identified as Messrs Zhao Jian ‘m’ aged 33yrs, and Wen ‘m’ aged 50yrs were rescued at about 9 p.m. on Wednesday.

Opalola revealed that CP Olokode “Drafted a strong combined reinforcement of Police Tactical units, JTF, and other security outfits who have embarked on search/rescue operation of the two abducted Chinese persons and possible arrest of all the kidnappers.”

He added that “It is with a great delight to inform the members of the public that the above named Chinese Nationals has been rescued at about 9pm yesterday unhurt.

“Meanwhile, efforts is ongoing to arrest the devil in human clothing.”

The CP, through the Police spokesman, enjoined members of the public to support, co-operate, and collaborate with the police in fighting crime, in order to bring it to the barest minimum.

“Members of the public are called upon to always provide the police with credible and prompt information, as this will always help in forestalling future incidents,” Olokode said.