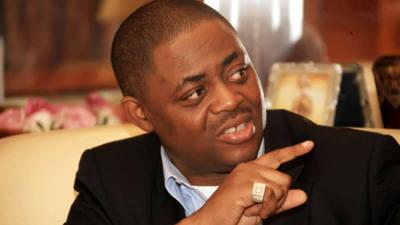 He therefore wished Arapaja and other newly elected executives well.

Fani-Kayode wrote: “Congratulations to Amb. Taofeek Arapaja  and my friend & brother, Governor Seyi Makinde on an extraordinary, closely fought & well-deserved victory in the SW Zonal Congress of the PDP yesterday.

“I wish you both & the new zonal executive well. May God guide you in all your endeavours.”

Arapaja, who was the candidate choice of Makinde, emerged winner by edging out Dr. Eddy Olafeso with a total of 343 votes as against his opponent’s 330 votes yesterday.

He said in his appreciation remark that “I was moved by what the delegates did, including former governor Ayodele Fayose of Ekiti State.

“He assured that with the victory achieved, he was going to work with his opponent in ensuring that the PDP is repositioned to dominate the South West and the national.”

Fani-Kayode calls on FG to investigate Gumi, says cleric thrives on misery of others...
Read More...

“This is not 1967” – Fani-Kayode warns Miyetti Allah for threatening Igbos...
Read More...