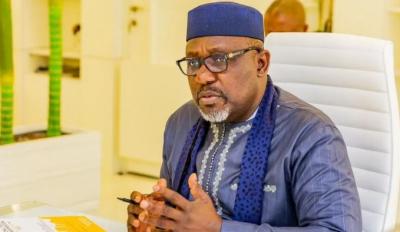 Abuja- Friday,16 April 2021: Former Governor of  Imo State, Rochas Okorocha has been released from the custody of the Economic and Financial Crimes Commission (EFCC) after spending two nights in detention.

Okorocha’s aide, who disclosed this to newsmen via telephone, said the former governor was released around 5:45 pm and he’s currently in his Maitama residence in Abuja.

The EFCC operatives had, on Tuesday, arrested the lawmaker at about 4:10 pm at his Unity House office located at Garki, Abuja.

Okorocha, who governed Imo between 2011 and 2019, has been accused of embezzlement and misappropriation, an allegation he has refuted.