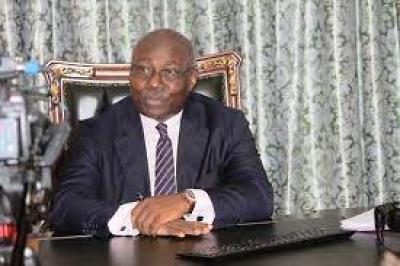 As the global community gears up to commemorate the 58thannual Africa Day Celebration, the Executive Secretary of the International Centre for Research and Documentation on African Languages and Traditions (CERDOTOLA), Prof Charles Binam-Bikoi has expressed the readiness of the centre as well as fellow Africans to observe the all-important event.

In an exclusive interview with CEOAFRICA, the avid Professor said the annual event is one of the most important in the entire continent of Africa and by extension the word. He describes the celebrations as ‘most important”.

“I’m excited because the Africa Day Celebration is one of our most pivotal celebrations as a continent. Enshrined in this celebration is appreciation of our culture and values as it relates to the emancipation of our freedom.
“This year at the AU, it’s all about cultural renaissance. This is captured well in the AU’s theme for the year “Arts, Culture and Heritage: Levers for Building the Africa we Want”. I have spoken on this before, and while lauding its significance, I expressed our commitment as a centre to key into the theme and maximally pursue it. Nothing has changed since then, as a matter of fact, I’ve even grown to appreciate the theme of the year as I’ve seen it play out in so many scenarios already. So, for me, this year’s Africa day celebration is most important.”

The prolific researcher further stated that for Africa to remain united, the Africa Day Celebrations must be considered to be sacred. According to him, nothing should ever take its place as this would threaten the peace and development of the continent.

“This day to me is very sacred; sacred in the sense that its s solemn reminder of our freedom. Except for Ethiopia, every other African nation has undergone colonial civilization.

“So, the emancipation of African independence from her colonial masters is something that should never be forgotten. This is what our fathers fought and died for. Today we’ve achieved more than freedom, we’ve done so much that this year, we are beginning to focus our attention on reviving our cultures that may have been lost in pools of westernization. The younger generation must be made to retain consciousness of our collective heritage as a people—knowing that this is what defines us.

“Africa cannot develop beyond the level to which she is united. We must not ever allow anything, be it ethnic dissensions, regional agitations or border crises to ever come between our unity as a people. These things are threats to our peace and development. This is what the Africa Day celebrations re-echoes to us.”

The Africa Day Celebration is annual event declared by the African Union which is held on the 25th of May globally. The event commemorates the formation of the Organisation of African Unity, the precursor to the African Union.
According to information gathered from the AU’s website, this year’s celebration will hinge on continental launch of the entry into force of the charter for African Cultural Renaissance reached in 2006.

“The Charter for African Cultural Renaissance adopted by the 6th AU Assembly held in Khartoum, the Sudan in January 2006 entered into force in October 2020 upon receipt by the AU Commission of the 15th instrument of ratification of this important art, culture and heritage cultural policy instrument.