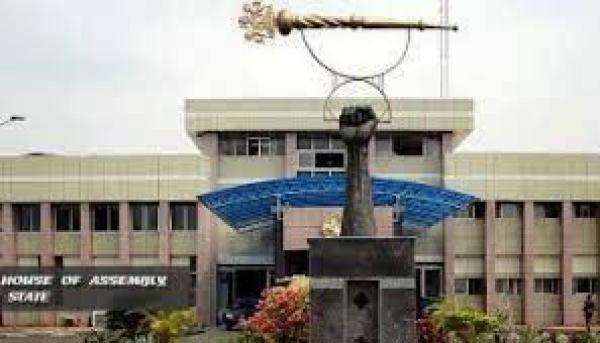 Friday 24th December 2021: The leader of the Imo State House of Assembly, Kennedy Ibeh, has asked the Independent National Electoral Commission to conduct a by-election to elect a new representative for the Ngor Okpala state constituency. .

The Speaker, made the declaration after he declared vacant, the position of the member representing  the constituency, Tochi Okere.

Ibeh also suspended three lawmakers for what he called dereliction of duty.

At plenary on Thursday, the Speaker said the sacking of the Ngor Okpala representative was in line with the house rules and the Constitution of the Federal Republic of Nigeria.

He said Okere had not attended plenaries up to one-third since he was inaugurated as a lawmaker in 2019.

The Speaker also disclosed that the parliament had received two petitions from Ngor Okpala, urging the assembly to declare the seat vacant on the basis of non-performance.

Ibeh also said the three suspended lawmakers failed to attend legislative activities on the 2022 budget proposals as submitted to the assembly by the state governor, Hope Uzodinma.

Our correspondent reports that the latest suspension of the three lawmakers brings the number of suspended lawmakers to six.

The past Speaker, Paul Emeziem; a former deputy governor, Okey Onyekanma; and a former minority leader, Ekene Nnodimele, were slammed with indefinite suspension on November 8, the day Ibeh emerged as the speaker.