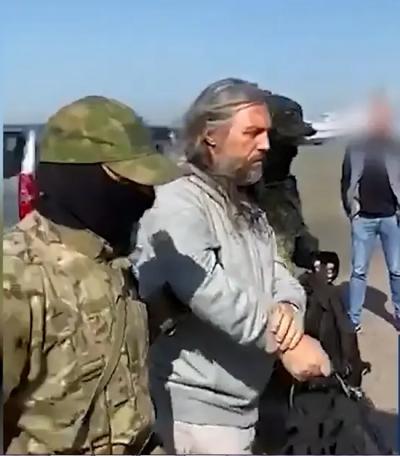 A Russian, Sergei Torop, who claims to be the reincarnation of Jesus has been arrested.

The former traffic police officer has run a cult based in Siberia for the past three decades.

It was learnt the choppers and security operatives stormed communities run by Torop, aka Vissarion, and arrested him and two of his aides.

They are Vadim Redkin, a former drummer in a Soviet-era boy band, and Vladimir Vedernikov.

Torop, 59, would be charged with organising an illegal religious organisation and extortion of money from followers.

He lost his job as a traffic officer in 1989 and founded the Church of the Last Testament in 1991.

“I am not God. And it is a mistake to see Jesus as God. But I am the living word of God the father. Everything that God wants to say, he says through me,” Torop said in 2002.

Watch the video below: