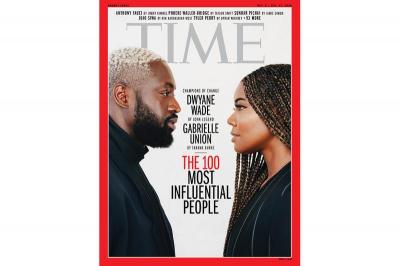 Chairman of the United Bank for Africa, Tony Elumelu, and a Nigerian physician, Dr Tunji Funsho, made the annual list of the 100 most influential people in the world called 2020 TIME100.

The list which is now in its seventeenth year, recognises the activism, innovation, and achievement of the world’s most influential people.

27-year-old Nigerian-American novelist, Toyin Adeyemi, who is a creative writing coach best known for her #1 NY Times bestselling book – Children of Blood and Bone, was among those listed.

President of Dangote Industries Ltd, Aliko Dangote, in a short address pertaining to Elemelu’s nomination, said, “He (Elumelu) is a leading proponent of “Africapitalism,” a belief that Africa’s private sector can and must play a leading role in the continent’s development through long-term investments, as well as entrepreneurship and regional connectivity.

“After deepening the financial market in Africa, he has found an equally important niche: giving a voice of hope to millions of youths across Africa. Having come so far, Tony still forges on, striking a fine balance between personal satisfaction and societal impact.”

Funsho, a cardiologist based in Lagos, was believed to have played a crucial role in ensuring Africa’s certification as wild polio-free in August 2020.

In his reaction Funsho, the leader of Rotary’s Nigeria National PolioPlus Committee, said, “I’m honored to be recognised by TIME for my part in ensuring that no child in Africa will ever again be paralysed by wild polio, a disease that once disabled 75,000 African children every single year.

“Eradicating the wild poliovirus in Africa was a team effort that required the cooperation and dedication of governments, partners, Rotary members, hundreds of thousands of health workers, and countless parents who chose to have their children vaccinated against polio.”

It was reported that in August 2019, Nigeria reached three years without a case of wild poliovirus.