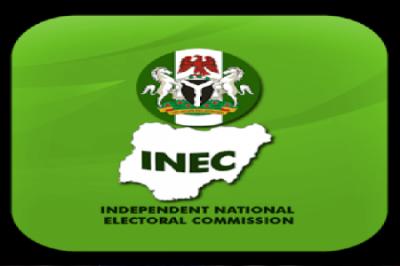 The Independent National Electoral Commission has barred the All Progressives Congress and its candidate, Peremobowei Ebebi, from the Bayelsa West senatorial by-election.

This was announced by Head of Voter Education and Publicity, INEC, Bayelsa State, Wilfred Ifogah, on Thursday in a statement issued on behalf of the Resident Electoral Commissioner.

Ifogah said the commission’s decision to delist the APC and Ebebi from the Bayelsa West senatorial contest was in compliance with the two separate judgments of the Federal High Court, Yenagoa.

He said the court’s rulings restrained the commission from including the logo and name of the APC and its candidate on the ballot in the suits with numbers FHC/YNG/CS/60/2020 and FHC/YNG/CS/66/2020.

Ifogah, therefore, stated that only 12, instead of the initially cleared 13, political parties would participate in the by-election.

The Federal High Court in Yenagoa, presided over by Justice Jane Inyang, had on November 3 disqualified Peremoboei Ebebi as the APC candidate from the Bayelsa West senatorial by-election in two-related cases of alleged forgery.

The court also nullified the primary election of the party which produced the former deputy governor of the state as the party’s candidate.

The suits were filed separately by Richman Samuel, a former director of Domestic Matters, Government House, Yenagoa, and some registered members of the APC from the senatorial district.

The plaintiffs contended that the academic credentials and voter’s card which the defendant submitted to the INEC for the bye-election were forged documents.

Ebebi had vowed to appeal the judgments, contending that the court did not have the jurisdiction to entertain the matters.

However, the APC campaign organisation for the Bayelsa West senatorial bye-election has rejected INEC’s decision to strike out the party and its candidate from the exercise, describing it as “ill-conceived and unilateral.”

The Director-General of the campaign group, Offoni Williams, said the commission’s action was politically motivated, stressing that the electoral umpire had “flagrantly abused due process because they are aware that the Federal High Court in Yenagoa is not the final arbiter.”

Efforts to get the comments of Ebebi did not yield any positive result as he did not answer calls placed to his phone. He had yet to reply to a text message sent to him by our correspondent as of the time of filing this report.

"I caught them red-handed sleeping on the bed " - jealous lover who set house ablaze in Bayelsa kill...
Read More...