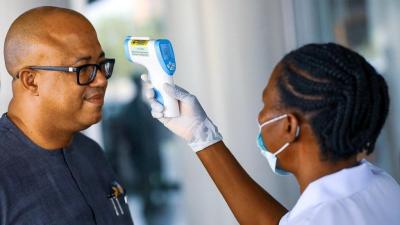 Dr Chikwe Ihekwazu, Director-General of the Nigeria Centre for Disease Control has said that a new variant of COVID19 has been detected in Nigeria and 15 other countries.

Ihekweazu who disclosed this on Monday, February 22, at the press briefing of the presidential Task Force on COVID19, said the new strain, B.1.2.5 which is different from the highly infectious B.1.1.7 has not been described as a variant of concern.

''There is a new variant, the B.1.2.5 which we have begun to detect in Nigeria and 15 other countries. It is important to note that this variant has not been described as a variant of concern yet.

Researchers and scientists are still working hard to understand if this variant has any effect on the virus transmissibility, immunity, as well as diagnostics, vaccines and therapeutics.

This is because the variant has some similar mutations with the B.1.1.7, B.1.351 and P.1 variants first detected in the United Kingdom, South Africa and Brazil, respectively.” he said

The NCDC boss added that the NCDC was scaling up its sequencing capacity to have a better understanding of the burden of variants of concern in the country.

Naira Marley reveals his plans for Nigeria if he becomes President...
Read More...