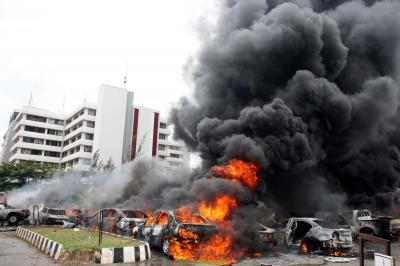 Nigeria Security Tracker has disclosed that at least 222 people are killed and 133 Nigerians are kidnapped as a result of terrorism activities in the country within a week.

The report released on Tuesday, stated that the criminal activities  were between February 13 and 19, 2021.

It added that 82 civilians and 21 Security men were killed in violent attacks, while the Nigerian Military forces killed 119 bandits and terrorists in the North.

The report made it known that “This update also represents violence related to Boko Haram in Cameroon, Chad, and Niger. These incidents are included in the Nigeria Security Tracker.”

Below is a breakdown of the killings

February 13: Two Nigerian Air Force personnel and “dozens” (estimated at twenty-four) of bandits were killed during a clash in Birnin-Gwari, Kaduna.

February 13: Two police officers, two robbers, and one civilian were killed during a clash in Oshimili North, Delta.

February 14: Gunmen killed one police officer at a church in Ughelli North, Delta.

February 15: Seven children were killed by a leftover explosive device in Maradun, Zamfara.

February 17: Gunmen killed one and kidnapped forty-two at a school in Rafi, Niger State.