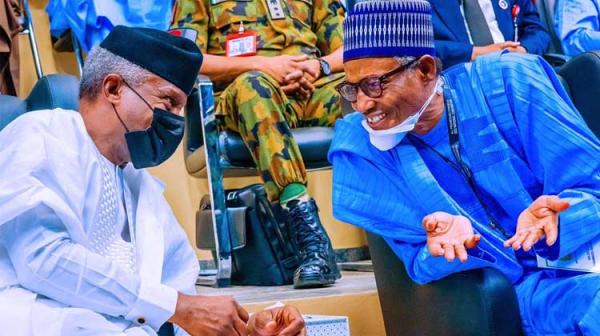 The offices of the President and Vice-President will spend N11.92bn on local and foreign trips and the presidential air fleet.

The amount also includes N1.58bn earmarked for aircraft maintenance and N1.60bn allocated for the overhaul of the Gulfstream GV and CL605 aircraft engines.

Members of the National Assembly, on the other hand, will get N100bn for constituency projects, which according to the Independent Corrupt Practices and Other Related Offences Commission, have been characterised by corruption.

Recall that CEOAFRICA earlier reported that the President, Muhammadu Buhari on Friday presented to a joint session of the National Assembly a budget proposal of N20.51tn for the 2023 fiscal year.

The budget is about N750bn higher than the N19.76tn earlier proposed in the 2023-2025 Medium Term Expenditure Framework and Fiscal Strategy Paper.

In the document, the PAF’s budget is categorised under the Office of the National Security Adviser.

Aircraft fuelling will cost the government N250m, purchase of air navigational and defence equipment will gulp N1.50bn, while N650m will go for a new mobile helicopter landing pad.

Bank charges will gulp N36.15m and insurance premium on all 10 aircraft in the fleet is expected to cost N180m.

The Presidency had revealed that the PAF maintains 10 aircraft since the inception of the Buhari regime in May 2015.

However, not all of the money will be directly flight-related.

Both offices will also spend a total of N508.71m on foodstuffs and refreshments. The amount stands at N331.79m and N176.92m for the offices of the President and Vice-President, respectively.

Closer comparison of the fiscal budgets for 2022 and 2023 revealed a 54.64 per cent drop in the PAF allocations.

In the 2022 budget proposal, 22 items were designated as new or ongoing projects. These items amounted to N8.13bn.

In the 2023 proposal, however, only nine items were labelled as new or ongoing, amounting to N3.44bn.

Amid scarce resources, the Federal Government has again proposed N100bn as constituency budget for the statutory Zonal Intervention Project, which will be implemented by members of the National Assembly.

Despite the fact that the budget will be largely funded with loans, it was observed that the allocation for the statutory N100bn constituency projects was not reduced.

This means that the Federal Government in six years had spent over N600bn on lawmakers’ constituency projects.

There have been controversies over the execution of constituency projects by lawmakers with the President also condemning the abuse of the allocation.

Buhari had said, “It is on record that in the past 10 years, N1tn has been appropriated for constituency projects, yet the impact of such huge spending on the lives and welfare of ordinary Nigerians can hardly be seen.”

The allocation for the renovation of the National Assembly complex was not expressly stated, but it was categorised under government buildings with N1.7bn allocated.