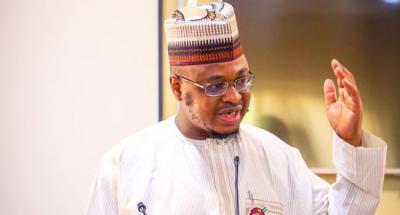 The Federal Government has extended the deadline for the ongoing National Identification Number and Subscriber Identity Module integration exercise to June 30, 2021.

The statement, which was titled ‘NIN Enrolment Reaches 54 Million as FG Approves 30th of June as NIN-SIM Verification Deadline’, revealed that the extension of the deadline was to make it easier for all citizens and legal residents to register.

It was gathered that the decision was taken at a virtual meeting attended by Communications Minister, the Chairman of the Nigerian Communications Commission, Adeolu Akande; the Executive Vice Chairman/CEO of NCC, Umar Dambatta; and the Director-General/CEO of NIMC, Aliyu Azeez.

The statement partly read “The postponement of the deadline was also based on the request by stakeholders for an extension till 30th of June in order to make it easier for all citizens and legal residents to register.

“Significant progress has been made in the NIN-SIM verification process. For example, almost 54 Million people have obtained their NIN and this can translate to up to 190 million mobile numbers, since empirical evidence suggests that each unique NIN maps to 3 to 4 phone lines.”

Recall that on December 15, 2020, the Federal Government declared that after December 30, 2020, all SIMs that were not registered with valid NINs on the network of telecommunications companies would be blocked.

It later extended the December 30, 2020 deadline following widespread opposition against the earlier announcement and gave three weeks’ extension for subscribers with NIN from December 30, 2020 to January 19, 2021.

It gave six weeks’ extension for subscribers without NIN from December 30, 2020 to February 9, 2021 and further issued an eight weeks extension on February 2, 2021 but many organisations had called for further deadline extension or outright suspension of the NIN registration process.